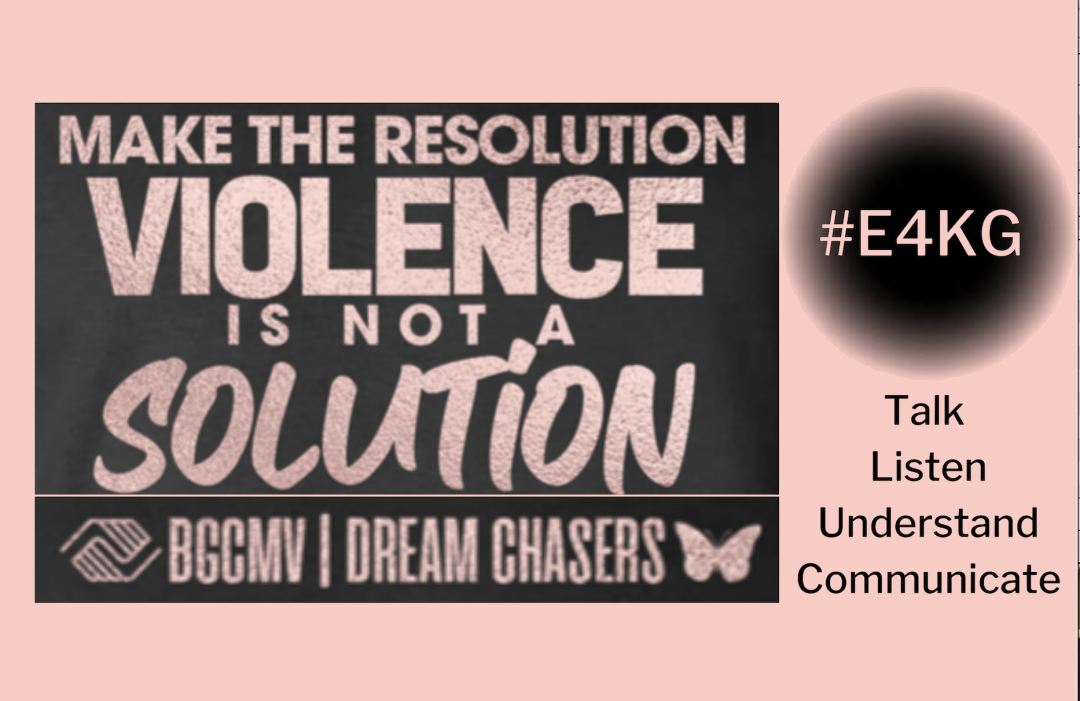 On Monday, April 11, teen members of the Dream Chasers Keystone Club at BGCMVNY organized a Peace Walk to honor the memory of Kayla Green, a sophomore student who was killed by another teenage girl in the late afternoon on Friday, April 8.

Acts of violence have increased across the country post-COVID. Mount Vernon is less than 4 square miles in size with a high density of population and violence is felt more immediately in this community. For children, living with fear on a consistent basis causes PTSD. Trauma affects their emotional and physical well-being and their academic success.

In this small city, people know of each other, even if they do not know them personally. The Club teens knew Kayla Green, they had grown up around her and many were friends with her. The tragic death of a teen at the hands of another teen, in broad daylight, triggered a lot of emotions among the youth of Mount Vernon. This time, BGCMVNY’s  Keystone Members felt they needed to channel their grief and anger in a positive way and spread the word that violence and bullying must end. In less than 48 hours, using social media to spread the word, they organized a Peace Walk in memory of Kayla Green and to denounce violence in their city. Over 300 people, including the high school basketball and cheerleading teams and community members, participated in this organic march.